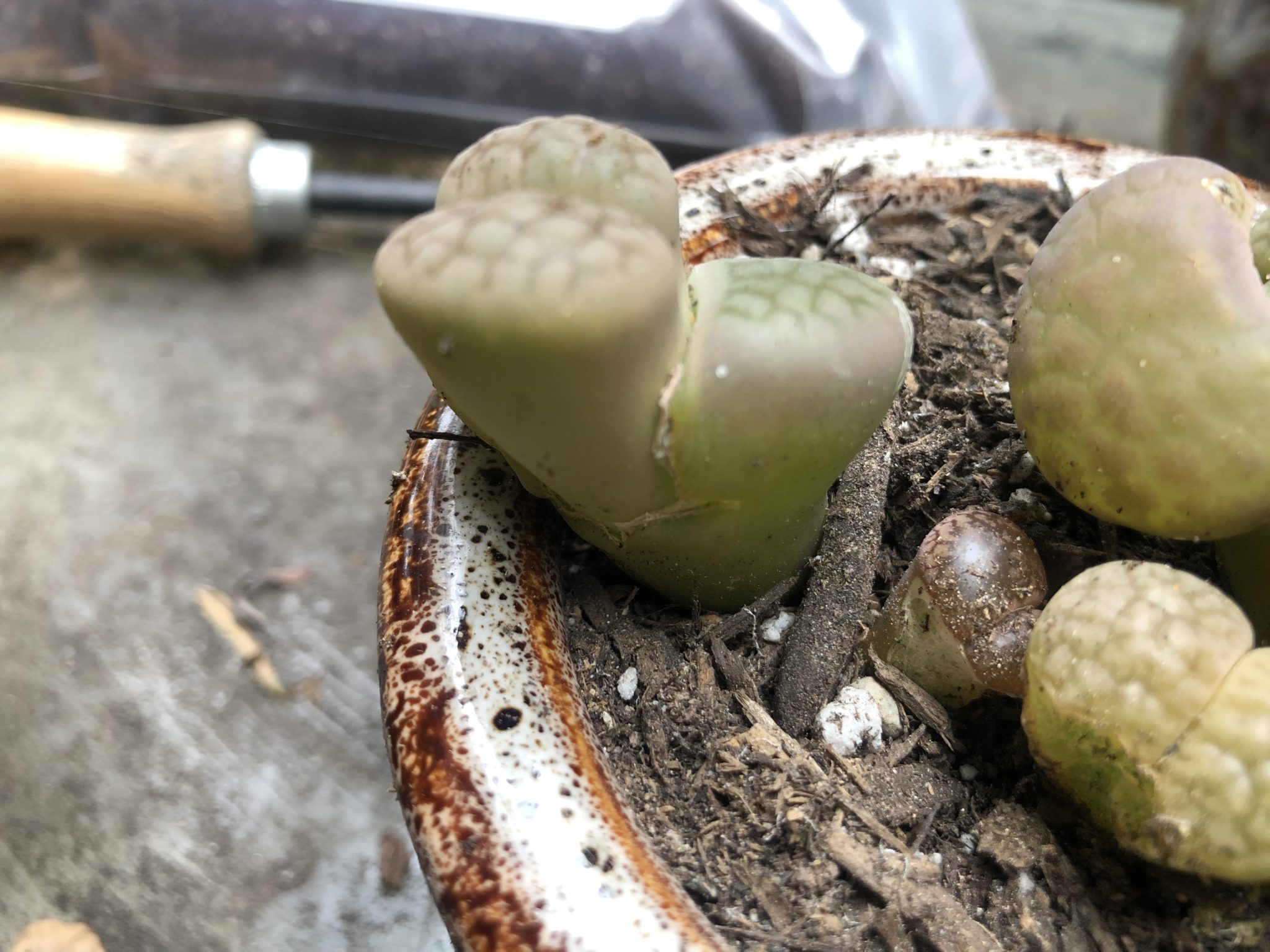 My shipment of pumice and potting supplies finally came in. I am in the process of re-potting the Mesembs into a grittier mixture. The soil mixture that they are currently in is too dense and was mixed with perlite, which had all but floated to the top of the pot and blown away.

I had re-potted the lithops mentioned in my previous entry to survey any damage that resulted from the unseasonal amount of rain and rabbit munching. To my fortune, they do not appear to be as bad off as I had originally thought. Both the roots and plant body on the larger leaves look to be okay (no rot, fuzzy root growths, no mushy spots). One of the leaf sets looks dubious. But then again, they have looked dubious for over a year (pretty sure they are slow dying).

I am very very surprised that my lithops survived the rabbit apocalypse as the damage was quite severe. On a plus side, the new growths look healthy and are undamaged. Since I had left my plants out in the rain, their growth cycle is a little fucked up. Consequently, I cannot pot them with the new lithops that I had purchased last weekend. So for now (and probably ever), they will live in their own little pot.

I really need to find a relatively sunny rain sheltered place for all of my plants. We have a patio, but it’s a little too shady. I like working in the garden after work when it is light and not shitty outside, but in about 5 months, that’s probably going to change. Maybe build a plant thing? I would love to put some of my plants in a window but all sunny windows in the house are cat windows…