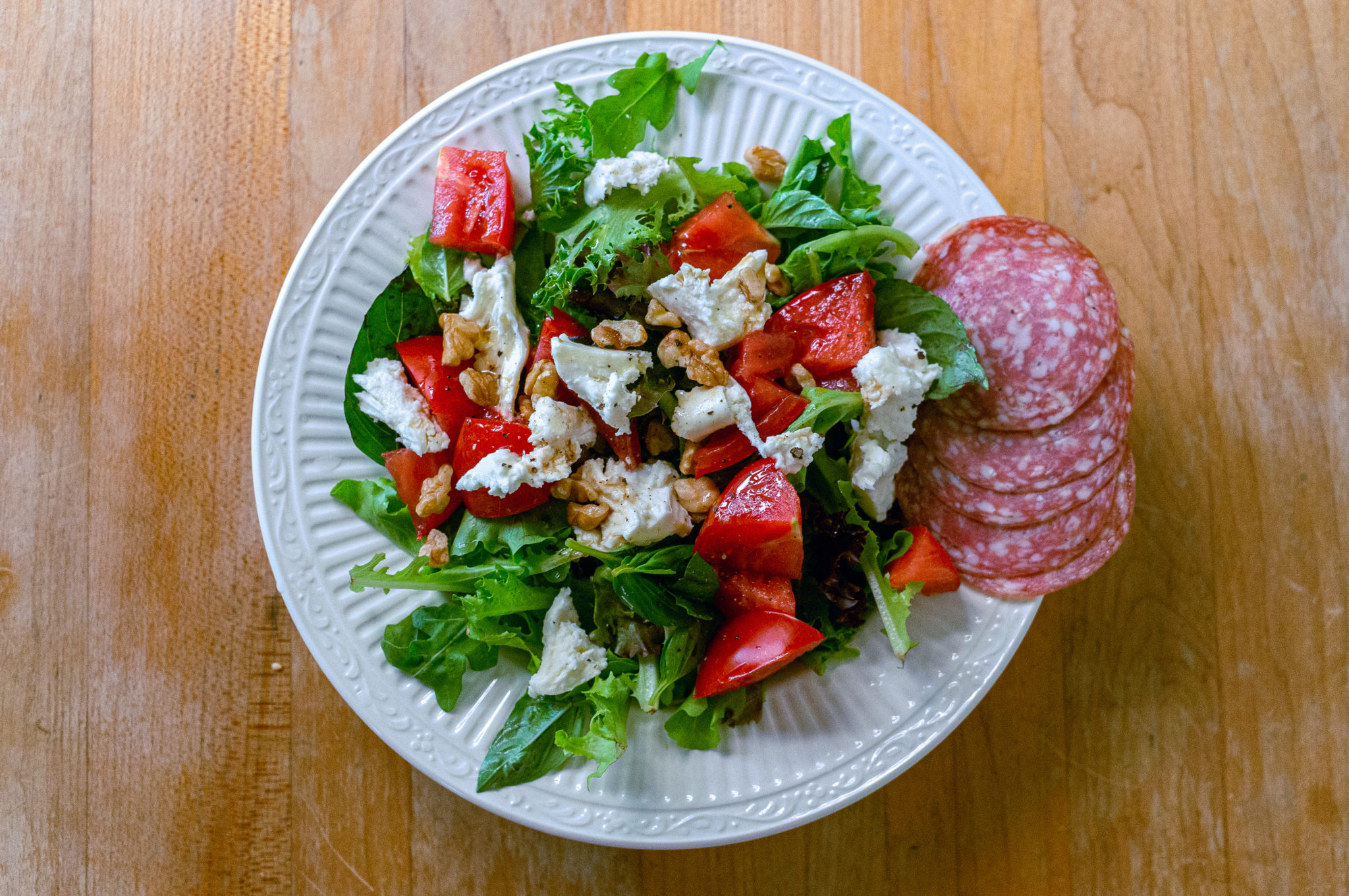 The picture isn’t related to anything in this post. I made a salad for lunch today and it was really good so I took a picture of it. The tomatoes are from my parents’ garden.

September. Just when you start to think, “Hey the summer is almost over. We should start hitting Fall weather soon” you remember that you live in Southern California and that mid August/September is the beginning of our third season: Fire season (the other two seasons being kinda warm and kinda cold). Honestly though, it’s not really that bad so long as it is a dry heat. Lately however, we have been getting periods of fairly high humidity (or us, we’re desert folk out here) and that is quite unpleasant. Yay for hiding in the AC.

I don’t really have a whole lot that I feel like posting about, but it would be a shame to buck the trend of posting here once a month so. You know. Media that we have been consuming recently:

I’ve jumped back on the fitness train after slothing out for about half of the quarantine period. We are big on walking and hiking and it kind of sucks when all of the places that you usually visit are either closed or unsafe. However, it is what it is. The general goal this month is to complete all of my Apple Watch rings Every day in September. At least 3 days a week have to be some form of fairly strenuous exercise. I used to run every day, but that gets really boring so I ended up getting Ring Fit Adventure for our Switch and alternating between that and running. Pretty fun game.

I would like to get back into biking more whenever a fire isn’t blowing out gross amounts of smoke into the air (thank goodness for air filters). “Smoke” isn’t supposed to be a weather condition. I mean, I guess we can just take the bikes somewhere not-gross and ride but we don’t have a bike rack yet so taking both bikes involves taking two cars which is a mild pain in the ass.

Bonus picture of the cats snuggling up against each other on the window blanket bed that we made them.