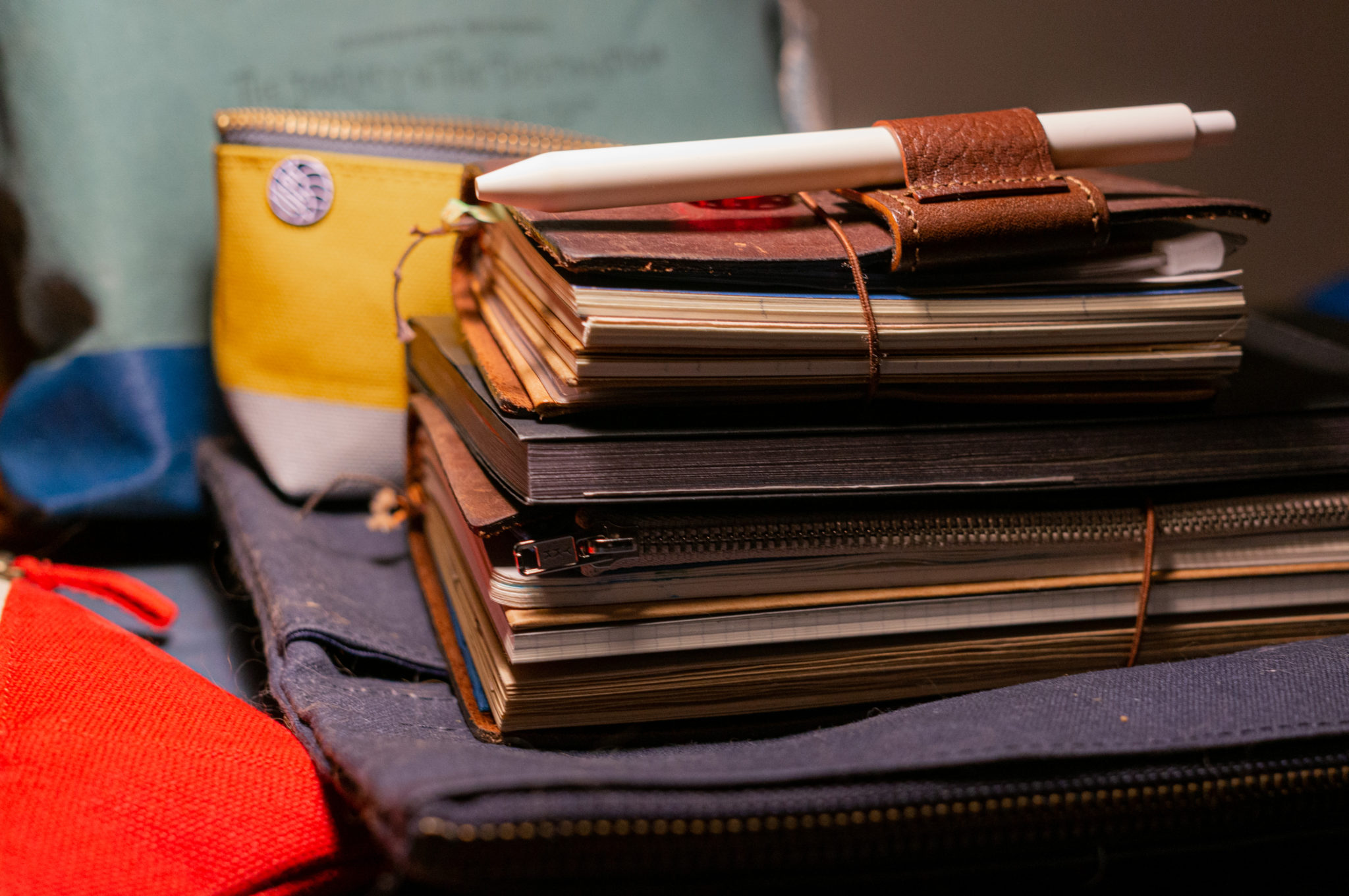 I figured that now would be a good time to post about the various notebooks that I have used this year and why they did or did not work for me.

My Traveler’s Notebook Passport setup hasn’t changed much since I had made this post. This notebook is used as my daily planner. I have 3 inserts: A weekly planner insert, a monthly planner insert, and a blank notebook. I had considered moving over to a TN regular or A5 sized planner, but the passport size really works for me because it is modular and is the perfect size for my bags and purses.

This notebook is mostly a creative outlet. The layout is almost the same as I had posted, with the exception that the dot grid Notebook has been swapped out with a Baum-Kuchen GRID notebook. I like the idea of having a notebook dedicated to entries that are neatly penned with one of my fountain pens. I do take this notebook along when I travel as it is actually used as a traveler’s notebook. When I do so, I will only take one insert and the canvas organizer so that it is not overly thick. When in “travel mode” it fit perfectly into the sling that I use so long as I don’t have it overloaded with stuff.

This journal came in one of The Stationery Selection boxes last year. I really like matte black so naturally, I chose this as my journal for 2020. I really like the paper quality, but it is a little frustrating that this notebook doesn’t fold flat. This notebook started off as a fairly traditional journal and has turned into somewhat of a hybrid between a brain dump and a bullet journal. Basically, if I need to get something random off of my mind I’ll write in this notebook. If I feel like writing but can’t think of anything to write about because it was a boring day, I will just write about the cats or literally anything and everything that comes to mind.

At the beginning or end of the day I will try to write down literally every single thing that I need to do. Anything that doesn’t get done gets migrated over to the next day and so forth. I find that the physical act of writing something down helps me to remember and process things; That is why, despite being a very technology oriented person, I use an analog planner instead of my phone.